Some time ago now I reviewed QViewer, a great little tool that allows you to view the contents of a QVD without having to load it into a QlikView app. This can be a really useful thing to do when working with complex ETL solutions in QlikView. Since then it has become a firm favourite in my QlikView development toolbox.

Dmitry originally created QViewer as a tool for himself, only later releasing it to other QlikView developers. Because of it's humble origins, it was never the most polished of software tools, but the fact that it has been downloaded more than 10,000 times speaks for itself. 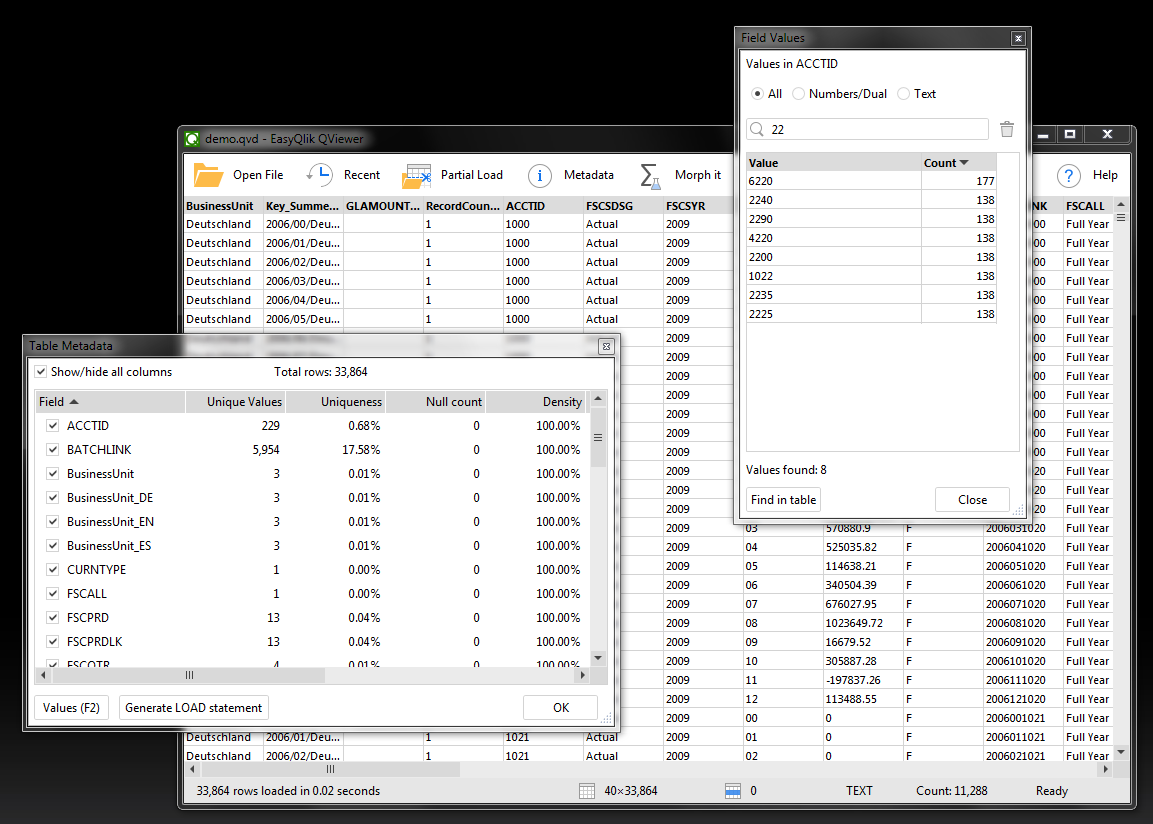 This week Dmitry has released a v2 of QViewer. As well as a new, cleaner user interface, the engine has been rewritten to give huge performance improvements. And best of all, if you already have a license for QViewer then you can download v2 for free here http://easyqlik.com/download.html.
Author: Matt Fryer